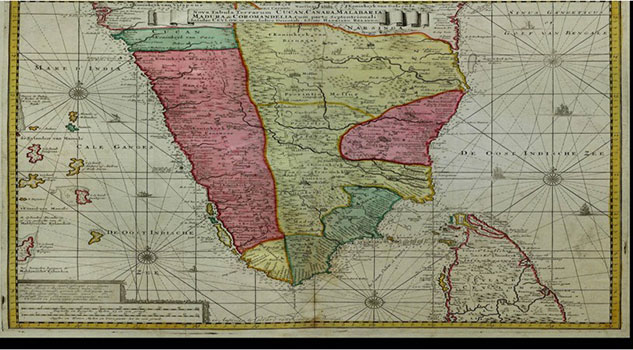 The history of Trinity since its foundation in 1592 is bound up within wider narratives about colonialism, plantation and imperialism at home and abroad. Recently attention has been drawn to College’s connections to the Atlantic slave trade through the person of George Berkeley, a globally renowned philosopher for whom one of Trinity’s libraries was named in 1960. Berkeley was also a slave-owner. This has opened up a public debate about Trinity’s financial and other connections to the slave trade.  Like other long-established universities in Europe and America, Trinity is now seeking to address its complex legacy, looking not just at slavery but also its historical and intellectual connections to empire particularly, but not exclusively, in the Atlantic World. Further details on the project can be found here.

As part of our commitment to share our documentation and research process as widely as possible, and in a completely transparent manner, we will be uploading the documents shared with our advisory board in each of the four meetings we have scheduled. The first set of documents can be consulted at the link below. We welcome any corrections, advice, or suggestions from members of the public.

The Trinity Colonial Legacies project is directed by Dr Ciaran O’Neill and Dr Patrick Walsh. All enquiries about the project may be directed to the co-investigators at Ciaran.oneill@tcd.ie and walshp9@tcd.ie

Dr Mobeen Hussain
Mobeen is an early career historian of the British Empire focusing on race, gender, and the colonial legacies of consumption, material cultures, and economic exploitation. She completed her BA and MA at the University of York before undertaking doctoral research in the Faculty of History at the University of Cambridge. Her doctoral thesis historicised colourism and practices of skin-lightening and examined how bodies were racialised in colonial South Asia. Her previous work has explored courtesan culture in nineteenth-century India and identity politics of African-Caribbean women in post-war Britain. She is also interested and invested in public and oral histories as well as the practices of archive formation and collecting.

Gabriel Opare
Gabriel Opare is a postgraduate researcher at the Department of Sociology, Trinity College Dublin. He researches the Sociological and Historical Processes of African Students at Trinity College Dublin circa 1960. He is interested in Black studies particularly surrounding the themes of diaspora, education and socio-economic development. He holds BA (first class honours) in Sociology with Linguistics from the University of Ghana, Legon and LLM International Commercial Law from Brunel University London.

Tinaye Gibbons
Tinaye is currently in the MPhil course for Public History and Cultural Heritage, and she is interested in historical geography, queer history, and black history. She completed her BA in history at the University of West Georgia with a minor in geographic information systems (GIS) and certificate in public history. She worked on her undergraduates University History Project which focused on documenting and preserving the university’s past, specifically mapping the university spaces from when it became an institution.

Eve Loftus
Eve is also in the MPhil course for Public History and Cultural Heritage. Her interests include the colonial legacies of museums, decolonial and anti-colonial museology, and identity and memory studies. She completed her BA in history at Smith College with a concentration in comparative colonialism and a minor in archaeology.

They are supported in their work by an advisory board chaired by Professor Mary McAleese, Chancellor of the University of Dublin and former president of Ireland.